Find me on!
LinkedIn

We sat down with Mitch Haddon, President and CEO of ColonialWebb Contactors, to discuss his experience with the Executive Health program.

Watch the video below or read on to learn more:

What inspired you to explore PartnerMD's Executive Health Program?

The inspiration came from a sad story. Twelve to fifteen years ago, I knew a man in his early 30s. When you looked at him, you would have thought he was in the greatest of health. He participated in Ironman triathlons, swimming, biking, running basketball. You would never imagine someone like him could have an issue.

One day when riding his bicycle, he didn't feel right so he got off his bike, sat down and leaned up against a tree. That's how they found him- he died of a massive heart attack.

Years later I became aware of PartnerMD and the executive physicals that they offered. I sat down with their officers at the time and said, "This may be a great way to help all of us understand what is really going on physically and mentally. That way, we can get some expert advice on what we should do to determine if there is anything going on with us, catch it ahead of time and maintain ourselves better." We all agreed it was a smart thing to do.

The process is very easy. Once you engage with PartnerMD and express interest in executive physicals, they begin the planning process.

There are surveys asking what someone is doing from a nutritional and exercise standpoint and they also do advanced bloodwork. This is all in conjunction with setting up a half-a-day session where you come in and get what might be considered a normal physical. There are also other tests that are available that look deeper into what might be happening in your body and if there are signs there might be of a problem.

Then, you also have electives that allow you to look at signs you might not normally look at, such as stress management. In fact, this year, I had a one-hour yoga session. It was something I would never have dreamed of doing but it ended up being pretty fantastic.

How have the results of your executive physicals changed your lifestyle?

I think it has helped me not only maintain health over the years but actually improve health over the years relative to my age group. Fortunately, there has never been a discovery of anything significant. By the same token, there is also a peace of mind that we're not discovering something.

Although genetically I am a relatively healthy person, I have been able to avoid a lot of things relating to health problems.

Does the rest of your team find their executive physicals beneficial?

All of them have seen it as being beneficial. They really do look forward to it. There is a fitness test to the executive physical and that has become a bit competitive- who can do the most pushups, who can do this, who can do that. That has really put some fun in the process.

I've never had someone ask, "Why are we doing this?" I think that really speaks to the power of it because in busy lives, if you don't want to do something, you're not going to do it. I think that in itself is testimony.

To learn more about executive health and understand how it can help you, download our free eBook: 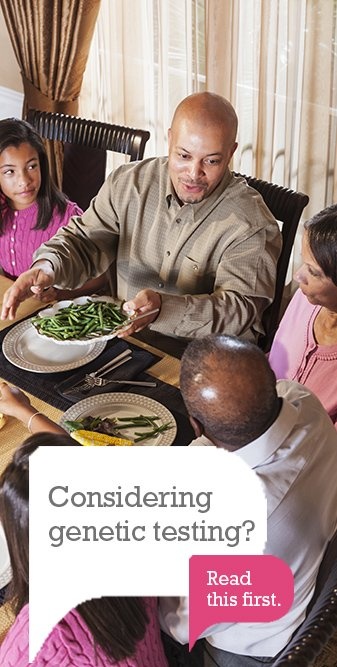